Geology is a science focused on the dynamic Earth. Inside the Earth, this includes the study of how minerals and rocks are formed and what causes earthquakes and volcanic eruptions. On the surface of the Earth, this includes the study of how plate tectonics, water, and wind shape the surface of the Earth into landforms such as mountains and canyons. Geology also includes investigation of how the Earth developed and its place in the Solar System.
Earth Sciences is the broader study of geology, oceanography, meteorology, and astronomy. Geologists and Earth Scientists work both locally and globally to explore, understand, and protect our planet.

The Earth is a complex, interconnected system. Understanding how it works is essential for addressing challenges such as energy and mineral resources, pollution, and climate change. It is also rewarding to be able to look at the natural world around us and understand, for example, how Yosemite Valley formed or why volcanoes erupt. Geologists and Earth Scientists play critical roles in private corporations, government, and nonprofits. 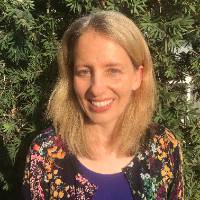 Jennifer is excited to share her passion for our amazing planet with students. She truly enjoys connecting with students and values the diverse experiences they bring to class.