Cuyamaca Alumnus Representing the U.S. in the 2020 Olympics 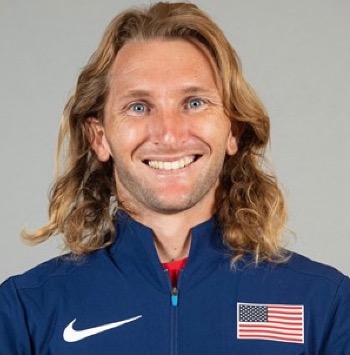 Cuyamaca College alumnus Nick Christie, 29, is competing in the long-awaited 2020 Olympics on the USA Track and Field team. Christie is set to compete in the 20k Racewalk tonight at 12:30 a.m. PST.

According to Cuyamaca coach Patrick Thiss, Christie is the first Track and Field Olympian from a San Diego Community College in over 20 years.

Path to the Olympics

During his years at Grossmont High School, Christie participated in pole vaulting. It was there he met Coach Lyle Barton, who convinced him to attend Cuyamaca College. Christie attended Cuyamaca from fall of 2010 through spring of 2012 before transferring to Missouri Baptist University in St. Louis, Missouri on a full athletic scholarship.

“Going to Cuyamaca was such an important thing for me because I wouldn’t have met Tim Seaman who converted me to racewalking and led me to the path that eventually got me to the Olympics,” said Christie.

Tim Seaman is the men’s cross-country coach at Cuyamaca as well as a former Olympic racewalker himself. Under Seaman’s coaching Christie began to quickly excel at the sport, competing both nationally and internationally within a year.

Christie also acknowledged the coaching and support of Thiss and Coach James King, who was an international class hurdler back in his day.

“They provided such a great environment to succeed in,” he said.

Aside from the coaching staff, Christie noted the diversity at Cuyamaca was something he greatly valued.

“I remember some people immigrated to the U.S. and their degrees got lost in transit coming from the Gulf War, so they had to go back to school here,” Christie recalls.

Hearing these stories and viewpoints from people of all different backgrounds served as a form of education for Christie. “It’s something that’s very unique to Cuyamaca especially, you don’t get that everywhere.”

Christie describes community college as “the greatest opportunity that is underutilized,” and acknowledges his experience at Cuyamaca helped to shape his worldview.