Topping Out of Student Services Building

Construction for the new Student Services building has reached its peak. 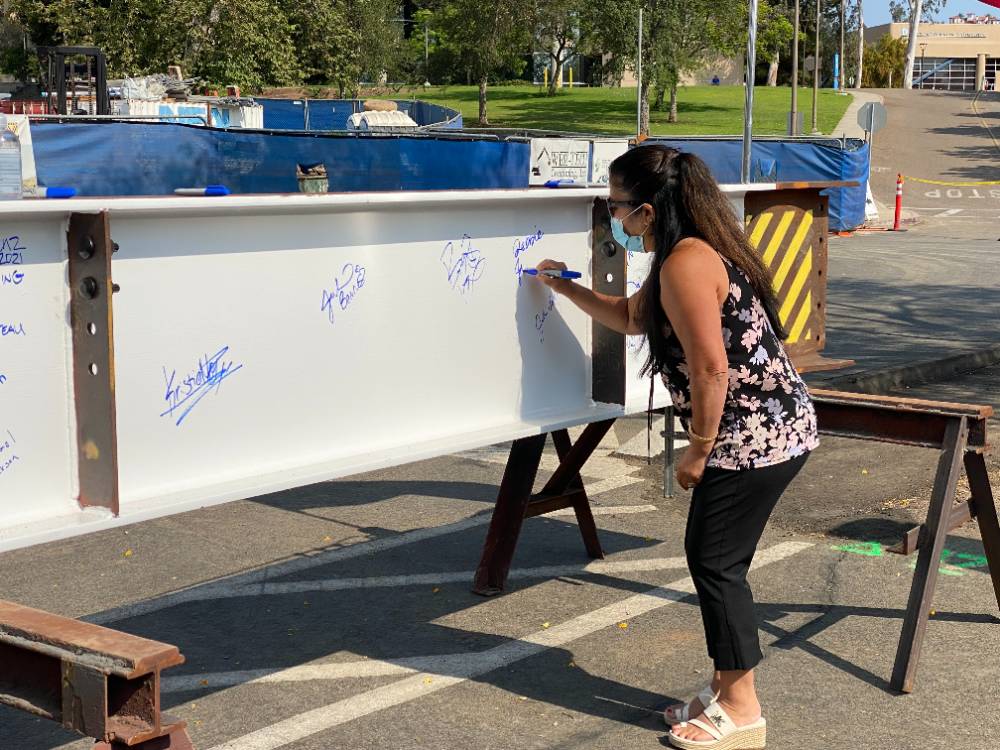 On Tuesday, July 13, 2021, Cuyamaca College held a topping out ceremony for the new Student Services Building, scheduled to open in summer 2022. The topping out tradition marks a construction project’s reaching of its highest point. The ceremony included an opportunity for members of the college to sign a construction beam before it was lifted by crane atop the frame of the 36,000-square-foot building. The beam was accompanied by an American flag and an evergreen tree. The tree is a steel-workers practice that symbolizes good luck for the future occupants, continued growth, and a safe jobsite.

“This milestone represents nearly a decade’s worth of effort to centralize student support at Cuyamaca College,” said President Juliana Barnes. She described the center as a welcoming campus gateway and a long-awaited hub for students to engage and receive support services.

The estimated $34.2 million Student Services Building will include new sustainable landscaping and the reconstruction of pathways to meet ADA accessibility standards.

Construction is funded by Proposition V, a $398 million bond approved by East County voters in 2012.