The Annual Social Justice and Black Consciousness Conference was established in 2019 to empower students to make changes by: 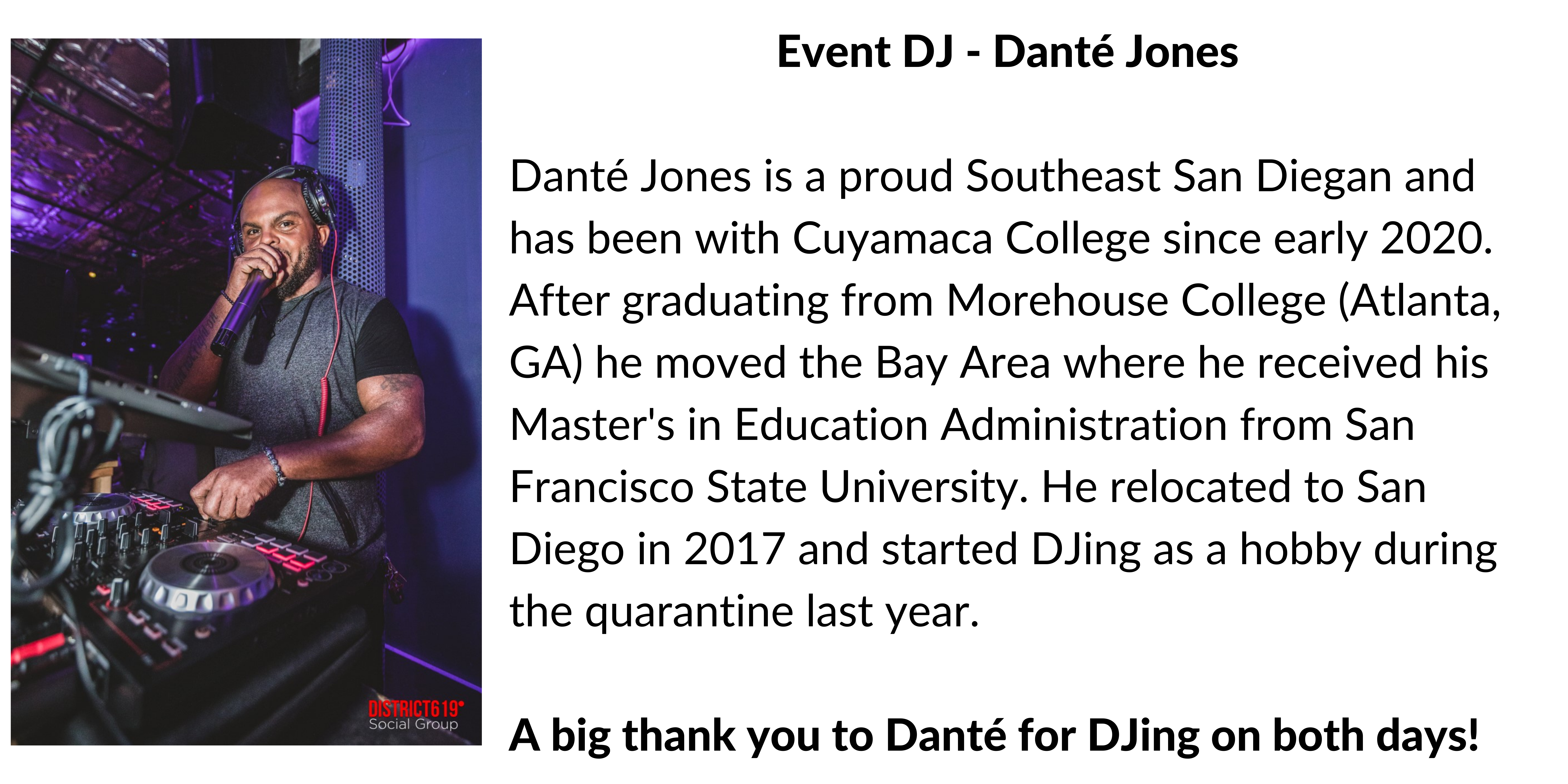 Day 1 - Art as Resistance: We are the Seeds that Grow

"They tried to bury us, they didn't know we were seeds." 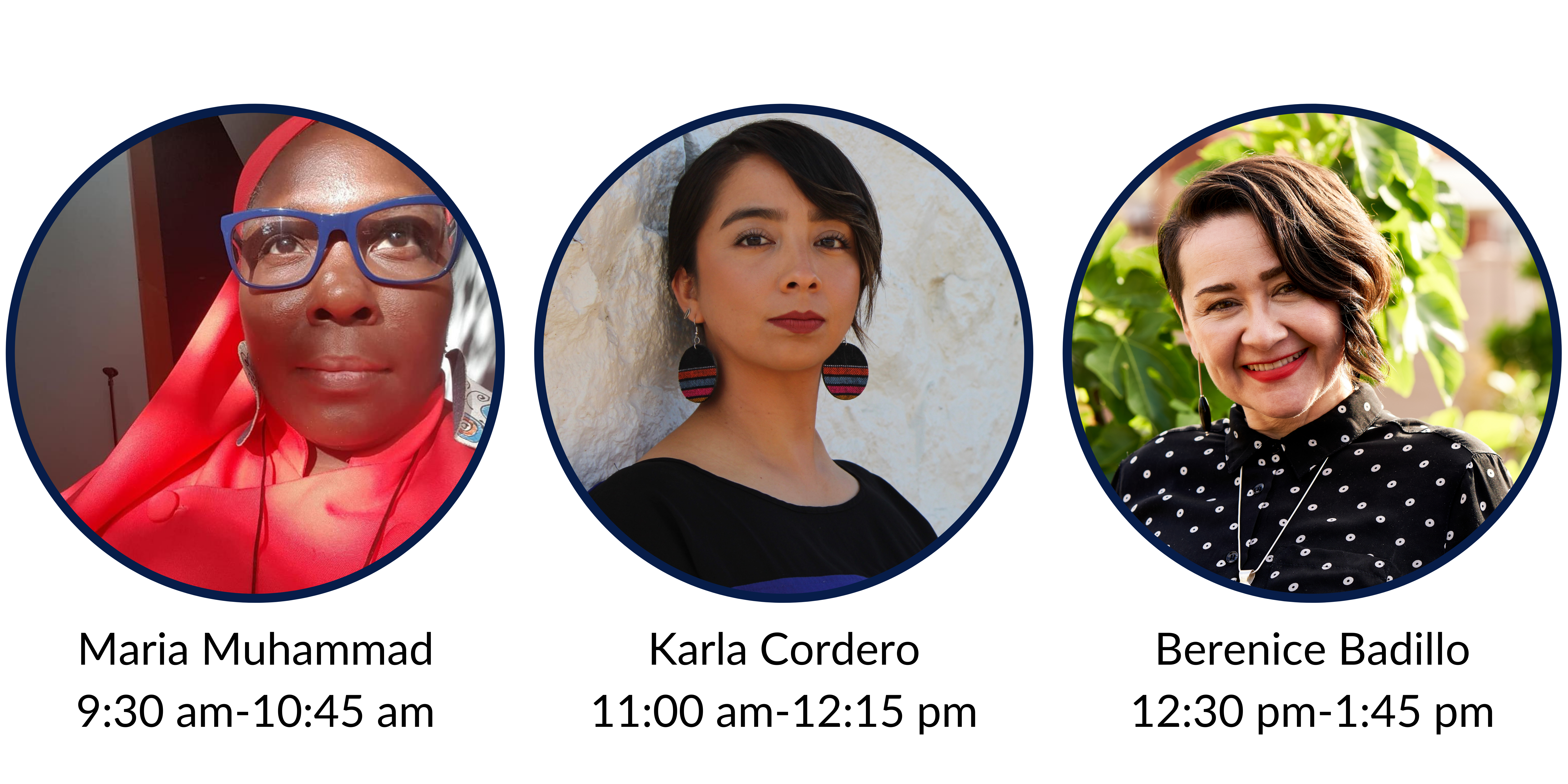 Sister Maria Muhammad, a student of Environmental Science, began her journey in food equity, organizing whole food cooperatives for communities stricken by food apartheid since 1996.   She has the legacy of generations of her ancestors who have loved and nurtured the land maternally and paternally coursing through her veins.  Sister Maria, through most of her adult life, has used those ancestral ties to co-found and facilitate Summer Enrichment Programs, connecting children from urban communities who lacked access to resources to nature. She is a 2014 graduate of the IAMBK Green; Roots of Success Environmental Literacy Workforce Development & Social Enterprise Program and has since become an Environmental Justice, Climate Equity, & Community Organizing facilitator.  She is the CEO of I Am Green, a 501 c3 social enterprise that reconnects our community back to the planet and each other. 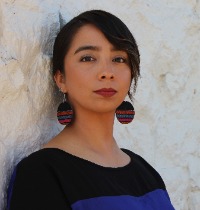 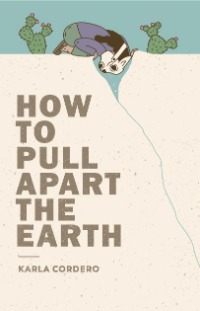 Karla Cordero is a Chicana poet, educator, and ARTtivist, raised along the borderlands of Calexico, CA. As a performing artist, Karla is the 2013 Grand Slam Champion, aiding the Elevated San Diego Slam Team to rank 4th in the nation at the National Poetry Slam Competition. She has performed for television networks such as NBC 7 San Diego, TBN Juice Live, and the Old Globe Theater. Her poems have appeared in Oprah Magazine, NPR, Academy of American Poets,, The Break Beat Poets Volume 4. LatiNEXT Anthology, among other publications. Karla is the author of How To Pull Apart The Earth (NOT A CULT.) a 2019 San Diego Book Award winner and awarding-winning finalist for the 2019 International Latino Book Award and the 2019 International Book Award. She currently serves as a professor  of creative writing and composition at MiraCosta College . You can follow her work @karlaflaka13. 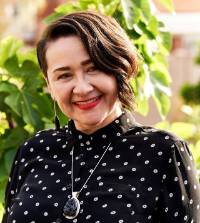 Berenice is a Spanish speaking Licensed Marriage and Family Therapist, Board Certified Art Therapist, illustrator, scholar, community muralist, and multimedia artist. She is an immigrant from La Piedad, Michoacán, Mexico and has found herself straddling intertwined cultural and subcultural identities her entire life. Berenice has worked in communities of socioeconomic need and strives to document and encourage the creation of communal cultural wealth through murals, sculpture, pop up art galleries and in the co-creation of counter stories. Badillo started her career as a community muralist mentoring homeless youth. She co-created a monthly hip hop event called ELEMENTAL that showcased the art of local youth and developed after school programming that was recognized by the city of San Diego and the state of California. She was a MANA Honoree (Mexican-American Women's National Association) in recognition for “Outstanding Work and Dedication to the Community through Arts and Culture” and became a Community Fellow through The California Wellness Foundation Violence Prevention Initiative. Berenice has extensive experience working with people on issues of drug and alcohol use and severe mental health issues. Berenice identifies as a Chicana and utilizes art therapy and community art to co-create collective platforms where inequalities can be identified and explored resulting in the validation of other cultural perspectives not belonging to the dominant society. 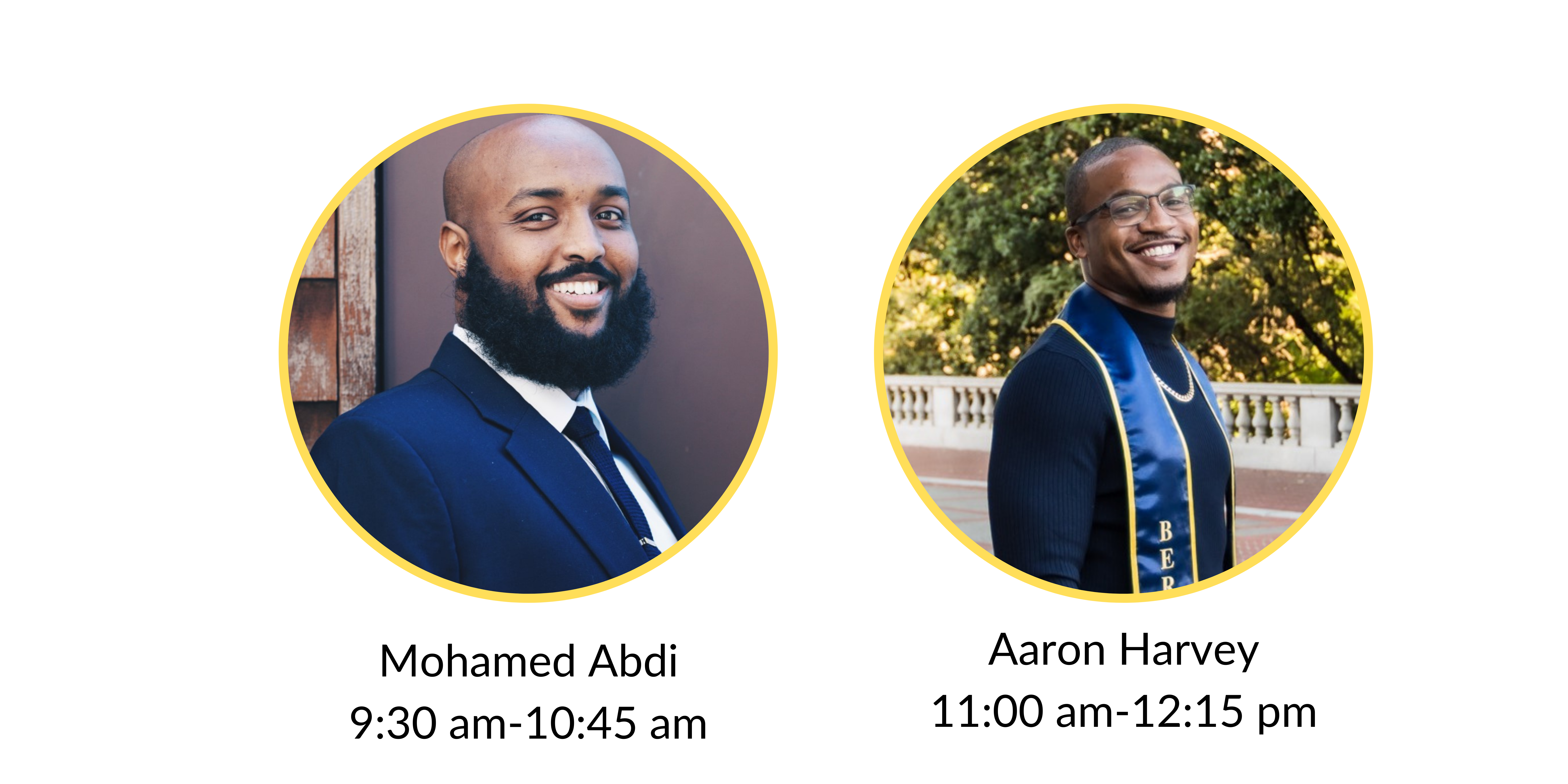 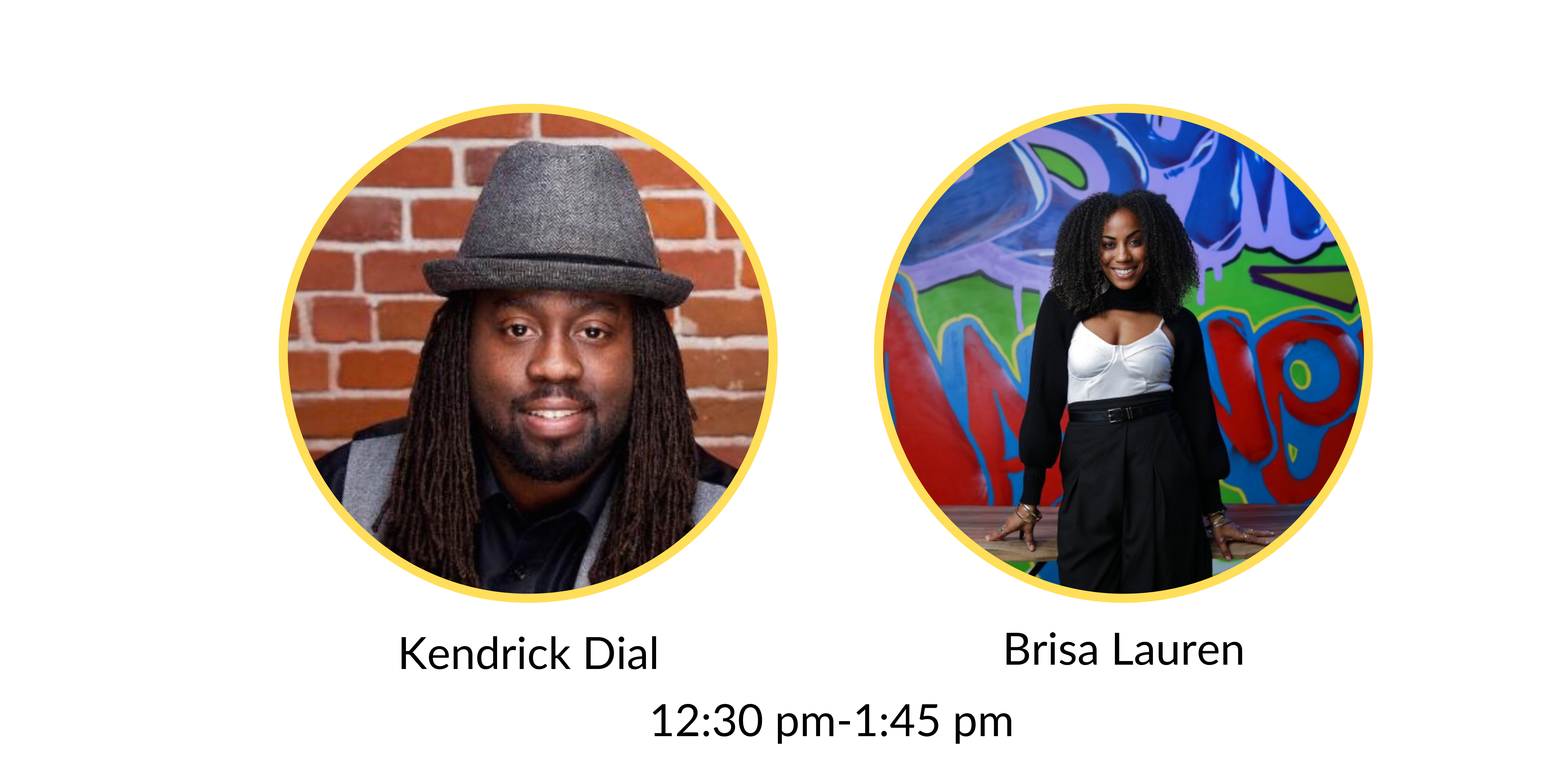 Mohamed Abdi holds a master’s degree in Postsecondary Educational Leadership from San Diego State University (SDSU) and holds a second masters in education with a Concentration in Counseling with a Certificate of Trauma-Informed Care and Mental Health Recovery at San Diego State University. Mohamed has been working as a research associate with Community College Equity Assessment Lab (CCEAL) at SDSU and has co-authored several reports. His most recent contribution is the report titled “When They Teach Us: The Education of Black Children in San Diego.” A report that sheds light on the disciplinary inequities in San Diego Unified School District. Mohamed is currently working on a PhD in higher education at SDSU/Claremont Graduate University. His interest is in academic research, counseling, student retention, and the relational interaction between students and educators. 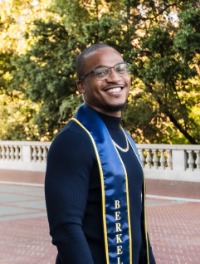 Aaron Harvey is a community organizer born and raised in Southeast San Diego who focuses on the criminalization of culture by law enforcement through gang documentation and gang enhancements. Recently graduated from Cal Berkeley with a degree in Political Science, Harvey plans to take a year off to focus on whats next before pursing a higher degree. 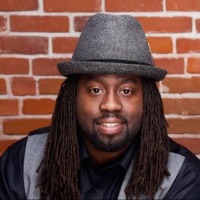 Kendrick Dial is an example of what is possible when you focus on your strengths, and you are able to couple your purpose with your passion. During his last 3 years in the U. S. Navy, he served as a Substance Abuse counselor for the Navy’s residential substance abuse program, which set him on the path to be a mental health professional. He attended SDSU where he received his BA in Africana Studies/Psychology in 2010. In 2013, he graduated from USC with his MSW with a concentration in Community Organization and Policy Administration. He currently serves as a Practice Consultant with the Academy of Professional Excellence where he coaches and trains social workers, while also collecting his hours to be a therapist/LCSW. Artistically he has continued to explore his creative passions while finding ways to fuse the arts with mental health and social justice. He currently teaches a History of Hip Hop course at SDSU. He is currently the front man for the award winning hip hop soul band, The Lyrical Groove and an integral member of the award winning performance ensemble BkSoul, as well as founding member of the impactful spoken word ensemble Collective Purpose. He is a poet, songwriter and producer that is constantly learning and developing his craft as an artist and professional. 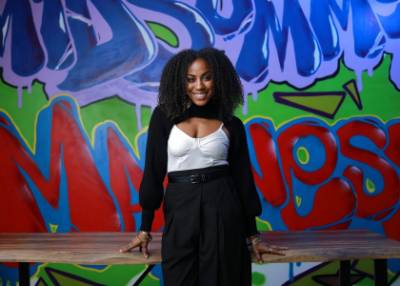 She is currently the Civic Engagement Manager Statewide for United Domestic Workers, the Homecare Providers Union, engaging and training union members throughout California on Civic Engagement strategies, while educating Member voters on local and State campaigns. In addition to her work in Civic Engagement, she is the Lead Coordinator and soon to be Director of The San Diego Black Worker Center, an organization rooted in building Black power through worker rights advocacy and organizing strategies to obtain an equitable economy for the Black community.

Separately from her career in the Social Justice field, she is a Singer/ Songwriter whose first solo project titled “In her Stillness..." received a nomination for Soul Album of the year by the San Diego Music Awards. To learn more about Brisa Lauren and to get in contact with her visit brisalauren.com

This event is sponsored by: The AFT Guild, Associated Student Government, Student Affairs, Umoja, and the Office of Institutional Effectiveness, Success, and Equity