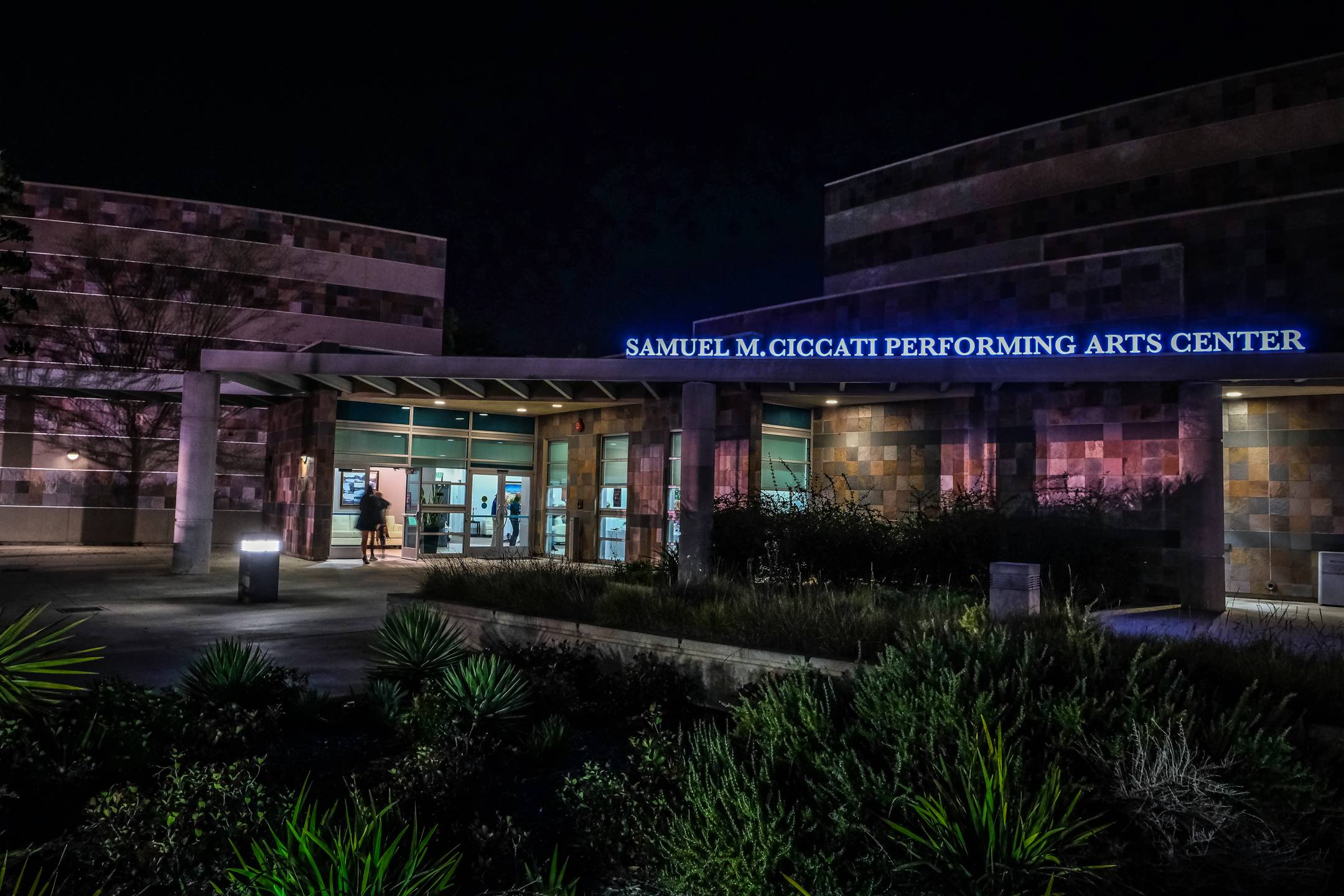 The Samuel M. Ciccati Performing Arts Center is the gem of east San Diego County. The Center includes the Samuel M. Ciccati Theatre, a 364-seat performing arts theatre that is the only indoor venue designed for classical music in the area. It hosts more than 25 concerts each year, the majority of which are performed by world-renowned chamber musicians. The Center also contains a 92-seat digital theatre. The digital and performing arts theatres are home to student performances for dance, concert band, choir, and ensemble performances. Student and professional concerts are open to the public.

In October, 2018, Cuyamaca College renamed the venue the Samuel M. Ciccati Performing Arts Center in honor of the philanthropic generosity of the former college president. Dr. Ciccati donated $1 million to the Grossmont-Cuyamaca Community College District to endow scholarships and provide assistance to Cuyamaca College students in perpetuity. The gift is the largest to date received by the Grossmont-Cuyamaca Community College District.

More information about technical specifications of the Samuel M. Ciccati Theatre or the digital theatre, rental rates, and requests is available online.

As a first-generation American, Ciccati was working at an SDG&E power plant to help support his family when his supervisor encouraged him to enroll in college classes. Ciccati attended San Diego City College part-time for two years before he transferred to San Diego State University, where he earned his bachelor’s and master’s degrees. He later received his doctorate from United States International University.

Dr. Ciccati began teaching and then counseling at a local high school, and later became a counselor at Grossmont College.  He was named vice president of the college in 1976. In 1984, he was selected as the second president of Cuyamaca College, serving until 1993.  During Ciccati’s tenure as president Cuyamaca College launched some of its unique and lasting collaborations including the Water Conservation Garden and the Heritage of the Americas Museum on the grounds of the college.

Dr. Ciccati has financed four scholarships for students at Cuyamaca and Grossmont colleges through a fundraising campaign matched by the Bernard Osher Foundation. Ciccati’s brother, Daniel who died in 2010, also funded a scholarship. In addition, Ciccati endowed four scholarships at the San Diego State University College of Education and one in men’s basketball.  He also endowed a scholarship at the Monarch School, a school for homeless children in San Diego.  He continues to be a key supporter of the Water Conservation Garden and the Heritage of the Americas Museum, both located on the Cuyamaca College campus.